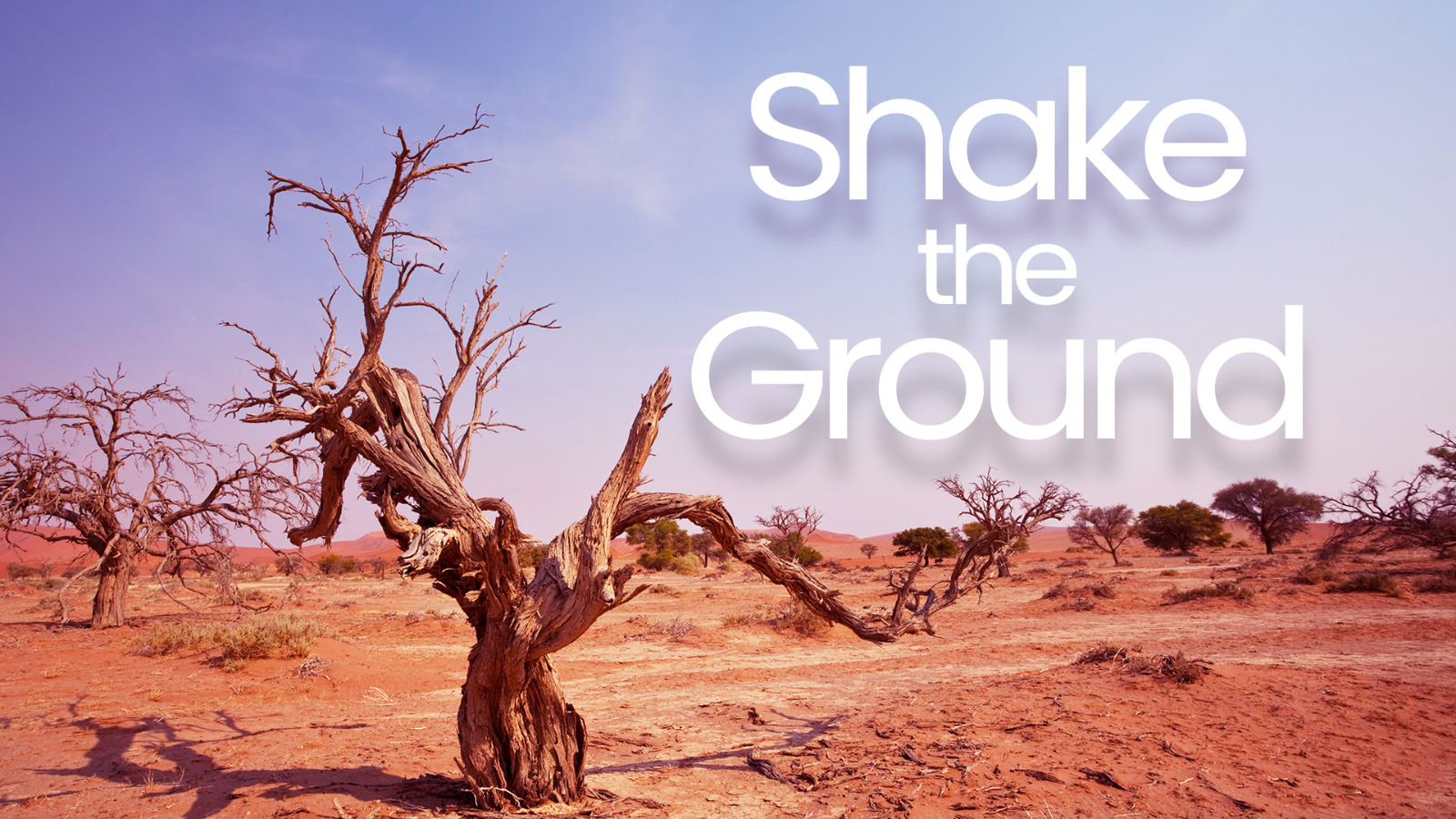 23 After they had been severely flogged, they were thrown into prison, and the jailer was commanded to guard them carefully. 24 When he received these orders, he put them in the inner cell and fastened their feet in the stocks. 25 About midnight Paul and Silas were praying and singing hymns to God, and the other prisoners were listening to them. 26 Suddenly there was such a violent earthquake that the foundations of the prison were shaken. At once all the prison doors flew open, and everyone’s chains came loose.
‍
This week, we dove right into Week 4 of our latest series, “Shake the Ground.” This series has been impactful, raising the level of our expectation, believing that God wants to – and will –  shake the ground among us. It’s been about God doing what only God can do.

On Sunday, we were introduced to the concept of, “The Melt-Up.” To properly explain this concept, we need to look at the idea of a meltdown. Have you ever seen small children have a meltdown, whether at home, or in a public place, like a mall? While kids may be unique, the main features of a meltdown are actually quite similar. Kids:
1.) Stop moving and;
2.) They burrow, trying to get as close to the ground as possible.
‍
As we get older, we still have meltdowns, we’re just a little more subtle. But when life gets hard, we still stop moving and we burrow. How many of us have had a meltdown or 20 over the past two years?
‍
Thankfully, the Bible shows us what it looks like to have a “melt-up.” Looking at Acts 16:25, Paul and Silas, who are in prison for preaching about Jesus, pray, sing, and praise God in the middle of the night. Think about that. They had been beaten and thrown in jail – if there was ever a moment for a meltdown, it was then. But undaunted, they praised the Lord and continued on. That’s what’s called a “melt-up,” praising God and pushing forward despite our circumstances.

The challenge for all of us today is this: What direction do we go when life gets hard? Do we meltdown and stop, or “melt-up” and worship God?
‍
Ok, “melting-up,” sounds great, but you may be asking, “How do we get there?”

The thing about “melting-up” is, it’s not necessarily reacting to a moment. It’s about building strong habits before a tough moment. Think of your current night routine – what do you do at the end of a long day? How do you settle yourself after a setback? See, Paul and Silas probably weren’t praising the Lord because of the adversity they faced, but because that’s what they did at the end of every day. It was their habit.
‍
That’s what we need to emulate, because while there's nothing wrong with these things, I can confidently tell you that Netflix, social media, or sports aren’t going to bring you the peace that you will find by just thinking about the goodness of God and spending time with Him. While the first part of a meltdown is stopping, step one of a “melt-up” is saying “I’m not gonna stop,” and continuing to praise God even in the storm.

Part two of a meltdown is burrowing in. People dig in, maybe even turning back to the messy places they’ve come from. Through the tough times, we could all use a reminder –that when you’re walking through hardship, you don’t need to be stuck in the mud. Jesus was the most joyous person to ever walk the Earth, and He endured torture and death for us! In the presence of God, there is fullness of joy, and that joy leads to a beautiful life ahead.
‍
Looking at Psalm 45:10, we’re given instruction for accessing the beauty that God’s called for our life:
10 Now listen, daughter, pay attention, and forget about your past. Put behind you every attachment to the familiar, even those who once were close to you!
‍
The writer knows that when difficult moments come, our first reaction isn’t to press into the new. We want to go back to the old. But if we want the gold that comes out of living a joyful life, we need to lean in when life gets tough. We need to expect newness from the presence of God, raise our expectation, and look ahead.

Where have you burrowed in over the past few years? It’s time to step out of exile.
‍
Make sure to check out the full message below!